Fun Facts About Chichen Itza That Will Blow Your Mind

You might not know this but Chichen Itza is a place in Yucatan that ranks as one of the most visited locations in the whole of Mexico. It is a place of extreme archaeological and historical value and importance, due to the fact that it marks the center of an ancient pilgrimage taken by the Mayan civilizations for more than one thousand years. There are lots of interesting facts concerning this magnificent place, and many of these facts about Chichen Itza are listed and described here. 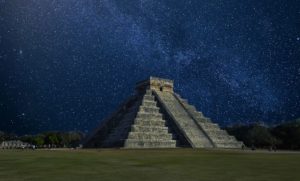 Wonder Of The World

Move over Egypt, Mexico is coming through and just recently, Chichen Itza was classified as one of the New Seven Wonders of the World. In 1988, it was also enlisted as a UNESCO World Heritage Site, putting it in there with other extremely interesting sites. In case you were wondering, UNESCO stands for The United Nations Educational, Scientific and Cultural Organization.

The fact that Chichen Itza is receiving accreditation and adulation from all over the world shows just how special this place is, and confirms it as one of the must-see places for anyone visiting Mexico. 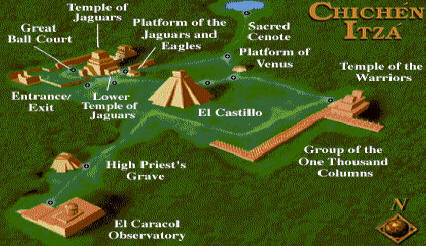 The name “Chichen Itza” is translated to ‘the mouth at the well of Itza’ which is as interesting as it is romantic. There is a certain magic in the air as well with the name of this place, as many people believe that Itza means ‘water magicians’.

It’s easy to see how they come to this conclusion too, given that the word “Itz” (or Its) means magic/sorcery and the word “ha” means water. Romantic, magical and beautiful. Most certainly not to be confused with chicken pizza. 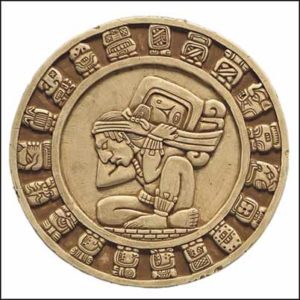 Dominating the skyline and the whole site of Chichen Itza is the Temple of Kukulkan, which is a very famous pyramid. While this pyramid is impressive in its own right, it actually sits on top of a much older pyramid, El Castillo, showing that building renovations are hardly a modern-day thing.

Many archaeologists believe that Chichen Itza was something of an economic force around the time of 600 AD, with its demise and downfall estimated to have occurred around 1000 AD. 400 years at the top of your game isn’t anything to be sniffed at, and this ancient city has shown that it was certainly capable of holding its own. 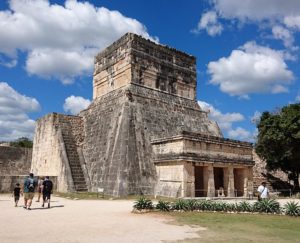 What we can learn from the design and the layout of this place is that it was clearly very well planned and very well constructed, given the abundance of temples and pyramids. It’s also mind-boggling as well as how these are all set in clusters. A well-planned city that became a well-organized civilization.

The Great North Platform, the Ossario Group, the Central Group, and the Old Chichen are the most well-known clusters at Chichen Itza. They hold so much historical significance that some of these are not even open to the public. This said, there is plenty of opportunity for tourists to go and have a look at some of these clusters. The best way to view them is to walk through with a local tour guide. Taking a guided tour also helps to boost the local economy, too. 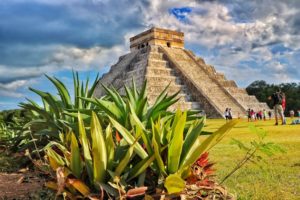 The Equinox and Venus

Fun Fact: Around the 20th of March and the 22nd of September each year, the Spring and Autumn Equinoxes, the rays from the sun cast a shadow over the Kulkulkan Pyramid that gives the impression of a serpent sliding down the staircase. It’s definitely a photo op of a lifetime. What clever people those Mayans were!

On the north side of the easily recognizable pyramid is an area dedicated to the planet Venus. It is well known that the Mayans loved astrology and believed it played a big part in their lives. The movement of Venus held real significance for this civilization and it played a big role in influencing other ancient Mayan cities. 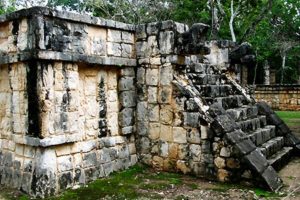 While the most well-known pyramid at Chichen Itza is obviously the stand out feature Kulkulkan, there are other pyramids dotted around the site which are worth a visit as well. The pyramid Ossario is found at the cluster of the same name, but any decent guide book or reliable tour guide will be able to point you in the right direction or escort you there and show you around.

As with many places of archaeological significance, you may be frustrated at how close you are permitted to get, but these things have stood for thousands of years and every effort should be taken to preserve their continued legacy. Their conservation should not be put in jeopardy for the sake of a selfie or a stolen souvenir. 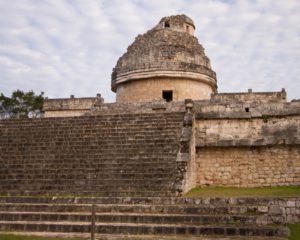 As we have already discovered, the Mayans planning and building designs would rival those of a modern-day computer, such was their attention to detail, artistry, ingenuity, and craftsmanship, but what is lesser known is that they also made building arrangements designed to produce interesting sounds.

It has to be heard to be believed but there are sites at Chichen Itza where a single hand clap will cause an echo of nine hand claps reverberated back around the site. This has to have been in the design planning, given that it is the same every time. It would be some coincidence if it hadn’t been intentional, that’s for sure.

How anyone discovered this for the first time is anyone’s guess. That may just be the only coincidental thing about it. Another clap in the proximity of the great pyramid will produce an echo that is a little eerier. Reminding anyone who hears it about the serpent shadow that appears only twice a year, a clap at the very same pyramid will produce an echo that resembles the sound of a serpent hissing. 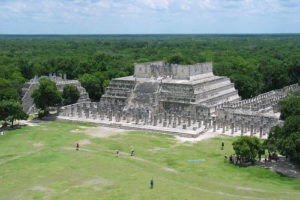 All of these little facts are interesting on their own, but it is not until they are grouped together like this that you start to appreciate the creativity of the civilization who built this place, and lived and worked here. It also makes you wonder about what other marvels are waiting to be discovered close by, or even underground.

That’s a job for the archaeologists of course, and you should only concern yourself with getting here and exploring the wonders that have already been discovered in the world for yourself. Chichen Itza is a trip that is definitely worth packing into your vacation to Mexico. Also, if you’re doing a timeshare promotion in Cancun, make sure to ask your guide about tours to this historical and truly magical area.

If you’re ready to put your explorer cap on and start checking out the historical sites that Mexico has to offer, start your digging here at StayPromo. We have numerous promotions for many of the Luxury Resorts in Cancun, and they all include the food and drinks, too! See the Cancun vacation packages deals here and you can save up to 80% off your stay (and meals and drinks) for both people and for at least 5 days. Enjoy The Adventures That Await!