Disney World is on everyone’s must-do list at some point. It is a place that feels like it has been ripped from a dream. If you’d never heard of Disney World and just happened to stumble into the park somehow you may consider that you just walked into a magical kingdom. Of course, we all know that this is a wondrous theme park that’s home to countless fictional characters, incredible rides, and amazing shows.

But if there is one thing that some people truly dislike when it comes to Disney, it’s the long lines for every ride, show, and food booth, at every turn. Of course standing in long lines with lots of other hot, sweaty people is nobody’s idea of fun, but with so many people visiting Disney each year, it’s unfortunately a big part of the overall experience and unavoidable.

We’re here to tell you that lines don’t have to be as bad as you might have previously believed. Not only is this true, but we’re going to explain the best tips for avoiding and handling the lines, then it will be even more tolerable than you at first thought.

Keep reading and we’ll look at some of the very best strategies for surviving and even beating the lines. 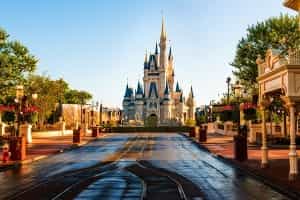 Tip number one is simply to arrive early. That not only means arriving early at the park itself, but also making sure that you get on each ride early. The latter point is especially true for the rides that you are most excited to try. You definitely don’t want to miss an opportunity because you woke up late!

There is actually an art to starting your day early at Disney World. Your aim to begin with is to arrive before opening time. That mean you should leave earlier enough to expect to get there before 9am (though the opening times can occasionally vary, so it’s worth researching this before you set off, as well as checking the traffic report on the local news).

You will then want to calculate and plan your journey time working backward. It takes time simply to get from the car park to the gate, so if you’re going to be driving yourself and parking, make sure you leave a little extra time for walking to the main gate! If you’re going to be parking, aim to get there 30 minutes before you want to get on your first ride.

That said, you may still have to catch the monorail, and that doesn’t open until 8:45am. So, if you will need the monorail to get to the appropriate park, there isn’t really much point to arriving before that time.

Once you are in the correct park, you’ll want to walk straight to your first ride. This isn’t the time to stop and take photos or to see the mascots. This will slow you down and ensure you are stuck lining up big time! Just make a beeline straight for the ride you want to go on. Get this right, and you might face a miniscule line at least for your first few rides, and should you choose or want to, you might even be able to go on them back to back! 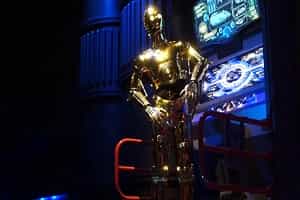 Nobody goes to Disney World because they want to stand in long lines, but with that being said, Disney does everything in its power to make the wait times enjoyable. It achieves this by providing lots of entertainment throughout the lines as well as creating plenty of cool things to look at as you slowly move along.

For example, when you go on the Spaceship Earth ride at Epcot, you’ll find yourself standing in a line down dark hallways, watching video clips that help fill you in on the backstory, and admiring elaborate models and sculptures.

Star Tours takes this a step further even! Here, you’ll be treated to animatronic renditions of Star Wars characters, enacting scenes and talking about the ride that you’re about to enjoy – they even have some of the original voice cast! Hollywood Studios’ Tower of Terror (also referred to as Terror Tower) has a particularly enjoyable and memorable line set-up and backstory.

With so much to see, and with so much lore and history for practically every major ride, the experience is made much more enjoyable for the ride itself! In the end that makes it significantly more tolerable. The key is to go in there and think about the lines in this way. Be open to having a good time here, and take a moment to snap some photos and really look around, and you’ll see the standing in line time will go by quicker than you’d think! 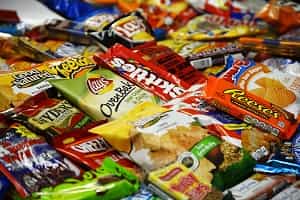 That said, if you are in the queue for a very long time, then you are sure to start seeing the same clips repeat themselves or you may start running out of interesting bits of the sculpted wall and items to admire. In other words, it certainly doesn’t hurt to also bring some additional entertainment in the form of something to read or something to play. Having a great book at hand means you’ll be able to forget your worries and enjoy your time in the line. You may not be sitting down or lounging, but this is still an opportunity to forget your worries and simply spend some time relaxing outdoors in the sun!

A related tip, you should also bring entertainment for your kids. They’re not going to take kindly to standing for long amounts of time, so you should make sure you have something to keep them occupied. A great option is to bring a Nintendo Switch or something similar – just make sure that you can easily slip it into a fanny pack or backpack when you get to the front of the line and are ready for the ride itself!

If you’re going to be in a line for a long time, getting bored probably isn’t the major concern. What is more of a concern is that you might get hungry or thirsty. This is a fairly long time to be on your feet, so you should bring what we like to call “refuelments”, something to keep you hydrated and keep your energy up. These are also a great way to keep the kids who might have begun making noise and fidgeting under control. Just get out the snacks and candy and they’ll very quickly pipe back down, at least for a little while! 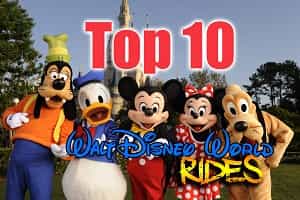 4.) Know Your Priorities and Plan Ahead

One thing to always keep in mind is that some rides are totally worth lining up for, and others you can avoid altogether. Some rides will be an absolute priority, and others you might not be so bothered about.

If you know this information – like if you already have an idea of which rides you absolutely want to try out and put together a list of the Disney rides you for sure want to go on – then you can use the methods described earlier to ensure you get there extremely quickly.

It’s also worth mentioning that chasing after short lines and rushing everywhere right away is not necessarily the best way to approach Disney World, so if you’re not pressed for time or don’t mind waiting in the lines, you may have a better overall experience if you take a little time out for a leisurely stroll and take a moment to explore and look around.

You could, for example, spend your first day exploring, drinking in the atmosphere, trying out the shops, eating the delicious treats, etc. This is could also double as a scouting mission though, so you can make a note of the rides, shows, and events that you really want to make sure that you see. Make sure to grab a map or two of the park to take back to your hotel and study, that way you’ll be able to head straight to those rides the next time you visit here.

Finally, I recommend that you have a final day after the rush to just explore your favorite parts of the parks again. This way you can see those attractions you really enjoyed once more before you pack up and head back home. 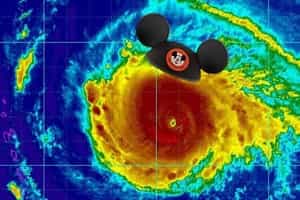 5.) Travel at the Right Time of Year

Your approach to skipping lines should begin right at the start of the year, before you have even booked your vacation! Because of course, the time of year that you travel is going to profoundly impact on the amount of time you spend waiting in lines!

If you book your trip during a peak time then obviously you can very much expect to spend a huge amount of time standing around waiting. However, if you book during the quieter patches, it will become a bit easier to arrive before the massive rush. So when is a bad time to book a trip to Orlando and Walt Disney World?

Travelling during school holidays is of course always going to be a big risk that can land you in trouble. If you do this, you’ll find yourself contending with lots of families and kids everywhere!

That said, the weeks just before and after the school breaks can work quite well – from a purely line-beating standpoint. That’s because the months of June through to November are actually Florida’s hurricane season! Seeing as this is right at peak travel time, it won’t put off as many people as you might think, BUT you will find that when the rain is coming down hard and when it is thundering you will have a much easier time getting to the fronts of the lines. Just don’t forget the ponchos!

Is this a good idea for families with young children? Maybe not, however, it is a good idea for those that are a bit older and don’t mind the rain. If your aim is purely to ride as many rides as possible and avoid long lines, this may be a tactic to seriously consider. 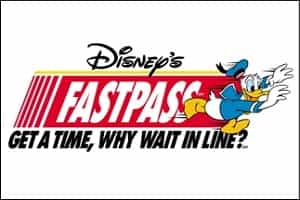 6.) Use the App And Consider Fast Pass

Nowadays there an app for everything, so of course there’s an app you can download called the Disney My Experience app. With this app you can get up-to-date estimates for line time for each ride and other useful information. This is hugely beneficial, as it means you can keep checking the app to find out just how long you’ll have to wait if you’re headed to X or Y ride. You can then change your plan based on that time in order to make sure you aren’t waiting unnecessarily long!

Wait times can vary hugely depending on unpredictable factors, so keeping an eye on this app can be a game changer! Just keep in mind that you might see the times change in the time it takes you to get there – especially because other people will be checking it too!